The Man, The Myth, The Legacy

Roland Tessier began working on motorcycles, and anything else that had an engine, very early in his youth. He worked at his uncle’s bicycle shop in his teen years and then for various service stations as an auto mechanic before discovering his passion for working on motorcycles. In 1968, a friend told him about an opening at Tibby’s Harley-Davidson in Springfield, MA. Over the years, and after a history of owning a Yamaha snowmobile shop and of being a co-owner of Easthampton Harley-Davidson in the early 1970’s, Roland moved on to building and operating his own business – Roland’s Motor Works! Although Roland’s Motor Works has no corporate affiliation with Harley-Davidson, Roland went through all of the Harley-Davidson service school programs and few other motorcycle mechanics, locally or nationally, have been able to compare.

Roland first opened Roland’s Motor Works in 1991. Initially, he planned to give his new business five years to succeed. After many successful years and large additions to the shop and staff, Roland’s Motor Works in Northampton, MA became the area’s local #1 motorcycle performance center. After taking an early retirement from her own career, his wife Pamela joined him in operating the family-owned business.

Roland enjoyed working on performance machines, with the motorcycle being much more sensitive than most to engine adjustments. Roland customized Harley-Davidsons, and he was often seen giving honest advice on how to best customize a motorcycle given varying budgets. He had his own line of custom motorcycles that he built from the ground up, known as Roland’s Thunder. It was often that you would hear motorcyclists from near and far say, “nobody but Roland works on my bike!”

Currently, we continue to be a family owned and operated business, carrying on Roland’s and Pam?s legacy. This year, 2021, marks the 30th anniversary of Roland’s Motor Works! Our service center is managed by Roland?s son, Ken Tessier. Tina Champagne (Roland?s daughter) is the shop administrator and supports the Sales Manager, Tim Dunn. We have two Harley Davidson certified mechanics on our staff, Karl Lemieux and Nyc Torunski. We offer a large variety of motorcycle services, including all levels of maintenance, performance modification and DYNO tuning. We also have a store with a wide variety of parts, leathers, clothing, helmets and more! Come on down and meet the team!

He was truly the king of performance enhancement!

In honor of his legacy, Roland’s wife Pamela and his children continue to run the shop. It is with great appreciation for their customers that Roland’s family is proud to announce that Roland’s Motor Works is here to stay! 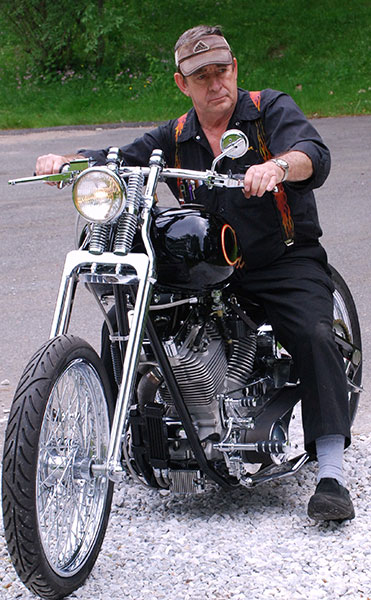